30th July 2020
Last week we learned that U.S. GDP was down 32.9 percent on an annualized basis last quarter.  That officially makes last quarter the worst quarter in U.S. history.

More than 54 million Americans, one third of the workforce, have filed new claims for unemployment benefits during the last 19 weeks.

Walmart Inc. is joining the ranks of Macy’s and L Brands in eliminating hundreds of corporate jobs in order to cut costs.

What happens in the United States has direct consequences for the rest of the world because 61% of all bank reserves are denominated in US dollar.

This current monetary expansion has not yet led to significant inflation as most of the new money has stayed with banks and large institutions.  What is seen in the real economy is often used to repay debt.  This dimishes the velocity of money - an essential attribute of hyperinflation.

However, unlike inflation which is a monetary issue, hyperinflation is psychological in its origins.  This means the risk of people loosing faith in a currency can never be overlooked.  The psychological nature of the devastation also means that it can happen very fast which has led some commentators to predict the hyperinflation of the USD by the end of the year. 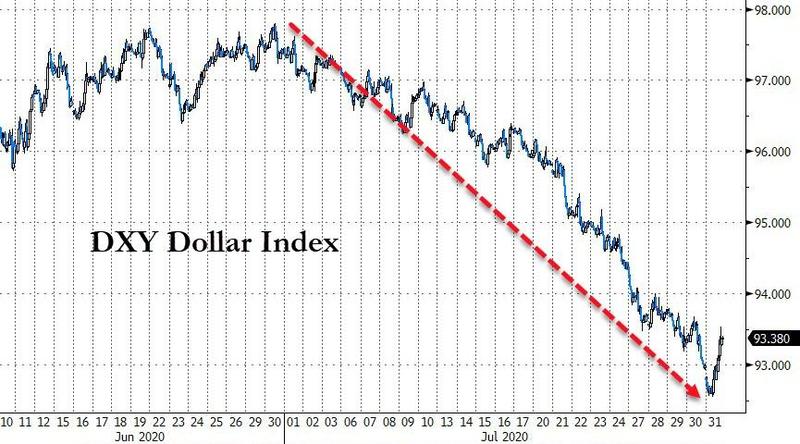 Source Bloomberg
The recent fall of the USD against a basket of fiat currencies may be a further sign of the dollar’s declining value. 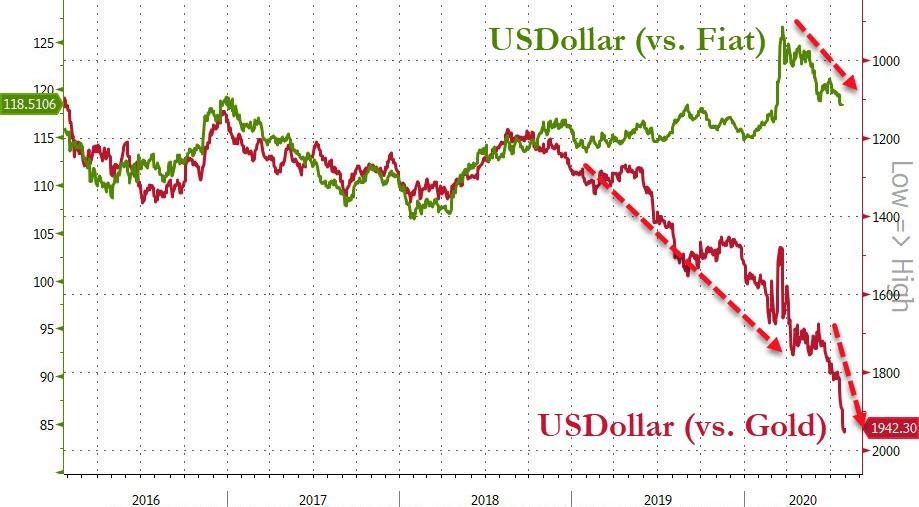 Source Bloomberg
This loss of value can most clearly been seen when compared to gold, the long term stable measure of value.